In 2011, Amalie Arena - then named the St. Pete Times Forum - was annually ranked near the bottom among NHL teams' ice quality. That's not surprising in a climate such as Tampa's where the higher humidity levels make it rather difficult to keep the air dry enough for top quality ice. But they were generating roughly 65°F/60% RH air near the ice (dew point around 52°F) when the league recommended it be closer to 60°F/40% RH (dew point around 36°F). There are many systems available that produce such low dew points and the initial plan was to use a gas heat desiccant system to be installed on the roof. Unfortunately, this was neither desirable from a first cost nor an operating cost standpoint. But was there a more efficient system that would allow them to further condition nearly 500,000 CFM? And to do so in the existing space provided? 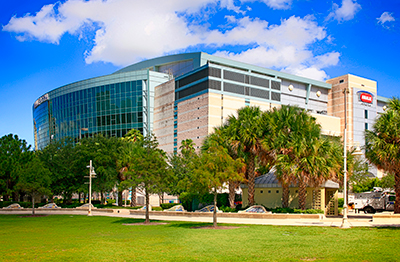 HPT's wrap-around Dehumidification Heat Pipes (DHP™'s) utilize the phase change of the working fluid to both precool the air before entering the cooling coil and reheat the air after the cooling coil using the recovered upstream heat. This reduces the load on the cooling coil, allowing more latent cooling to be done to achieve a more depressed dew point, while nearly eliminating the need for reheat. This system also requires no moving parts and requires almost no maintenance. When the league opted for a less stringent air condition of roughly 65°F/45% RH (dew point around 43°F ), this allowed the design team to simply lower the chilled water setpoint while only replacing the indoor air handlers with new HPT heat pipes wrapped around dual 6-row cooling coils.

Use HPT SelectPlus™ to design with this product. Log on to www.heatpipeselect.com. 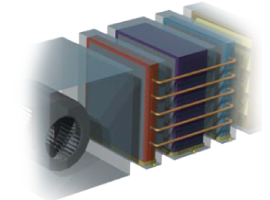 According to Mike Tappouni, President of Tappouni Mechanical Services - who handled all HVAC construction and assisted with the design - "not only did the heat pipe solution allow us to keep all construction inside the existing mechanical rooms and off the roof, greatly reducing first costs, but it allowed us to reduce overall energy consumption as well, despite the need for colder water from the chillers. In addition, the reduction in maintenance cannot be understated. It literally went from a maintenance nightmare to a dream. I really complement ownership on doing what needed to be done, and it's certainly paid off".

At design conditions, the heat pipes remove close to 350 total tons from the cooling load while using that same heat to supplement the reheat system. This has resulted in an estimated savings upwards of $50,000 per month! And according to Mike O'Donnell, Sr. Facilities Project Manager at the Arena, they've seen no increase in their power bill despite moving "from one of the worst ice qualities in the league to one of the better facilities". How cool is that! 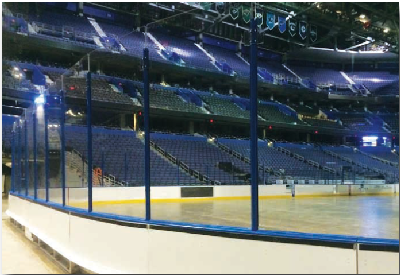 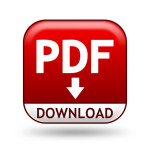